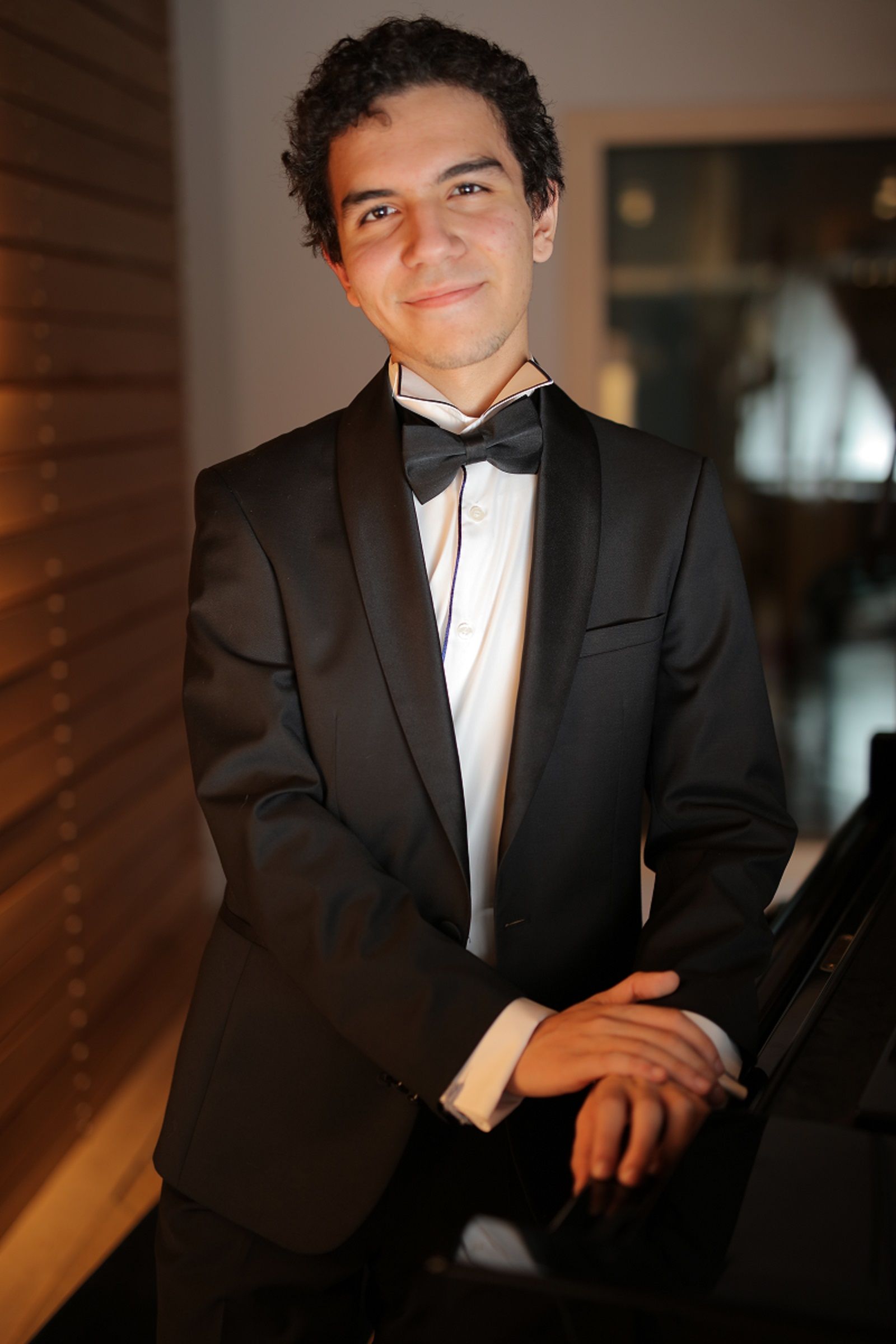 Received the 1st place prize in the 15-30 age category at the Faruk Erengül National Piano Competition organized by the Istanbul Philharmonic Association during the dates of March 4-9, 2019.  The competition jury was led by State Artist "İdil Biret" and the competition was organized with two qualifying rounds and a final recital. Afterwards, he went onto play the Saint-Saens 2nd Piano concerto as the competition winner with the Istanbul State Symphony Orchestra.

Received the 1st place prize in the 15-19 age C category at the age of 15 at the “Young Talent Piano Contest” organized within the scope of the 19th Antalya Piano Festival and played the 3rd Piano Concerto by Beethoven under the baton of Conductor Gürer Aykal.

EPTA 2018 (European Piano Teachers Association) Made it to the finals at the “International Young Pianist Piano Competition” organized in Belgium during the dates of February 20-25, 2018 and received the award for 2nd place as “Prize Winner” in the 2nd category.

Received the 'Assoluto First Place Award' in 2013 during his first competition experience at the International Piano Competition organized at the Clara Schumann Musik Schule in Baden-Baden, Germany. Reached the finals in 2014 at the “10th Path to Mastery” International Piano Competition held at the city of “Rostov-on-don” in Russia and played Haydn’s Piano Concerto No.11- Re Major receiving the 3rd place prize. Earned a scholarship as the winner of the Yamaha Europe Piano Contest “Scholarship Award 2016-2017” organized at the Mimar Sinan Conservatory in March 2017.

Gave a recital at the Izmir Karşıyaka Hikmet Şimşek Stage and Istanbul Beşiktaş Fulya Arts Center with a wide repertoire. Gave the opening recital at Enka Art on October 17, 2017 as the Young Talent during the 29th Enka Culture Art Meetings and received great acclaim. Selected to the “Shining Stars Program” 2017-2018 by  İş Arts and Culture and went onto the stage at Milli Reasürans on December 18, 2017.

Gave a talk during the Paragon Talks'19 at the Bosphorus University Albert Long Hall as invited speaker for the 25-under young talents category and completed his speech with a piano concert.

Has been working in Belgium with world renowned pedagogue and instructor Prof. Diane Anderson since 2015 and had the opportunity to work with many famous pianists and instructors in master classes including Alan Weiss, Konstantin Scherbakov, Felix Gootlieb, Gerald Fauth, and Elena Margolina Hait.

Emir İlgen is supported with the sponsorship of TÜPRAŞ under the guidance of Güher & Süher Pekinel “Young Musicians at World Stages” and Riebesam Stiftung in Germany.